“Some of us get dipped in flat, some in satin, some in gloss. But every once in a while, you find someone who's iridescent, and when you do, nothing will ever compare.”
-----  from the film <Flipped>
That's the exact feeling when I found this field.

This is how the journey began... 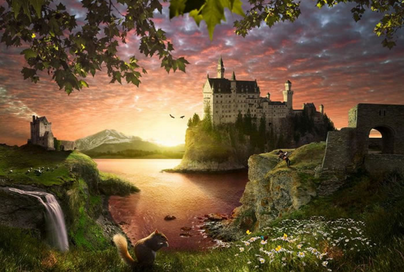 As a chemistry background student, I stepped into the field DNA Nanotechnology by a surprising conversation with my undergraduate advisor over dinner: "Nowadays DNA is treated not only as the carrier of genetic information, but also a kind of material that is easy to be manipulated--people have successfully performed the square-root computation by DNA..."  Extremely curious about how the square-root computation made of DNA works, after dinner, I read the science paper Science, 332: 1196 (2011). Then I immediately got fascinated by the way how the basic principles of computer science / electrical engineering are integrated with biomolecules.  The systems built by DNA are so *pure* and elegant! The "purity" greatly increases the enjoyment when I read the paper.  (Lulu's paper was the first paper I read about this field and also my favorite paper.) ---- Fall 2012 (Junior year, undergrad).

Staying in a group mainly focusing on biosensor, my first project as well, was building a nucleic acid amplifier to detect biomolecules. The goal was to achieve exponential signal amplification once triggered by a target molecule.  I was the first student in the lab to do DNA circuit and our lab did not have much experience on it.  Luckily, I got useful technical advice from Erik and Lulu, which I appreciated a lot.  Unfortunately, the project failed because of leak--signal in the strand displacement system also got amplified even without the target molecule, thus the background noise signal was high the sensitivity of the system was greatly reduced.  Although the project did not end up with a publishable research paper, I enjoyed the whole experience. The most memorable part is that when I draw the schemes of strand displacement cascade and reaction pathways, I looked at those tiny little strands and matched the domains from one strand to the other and tried to figure out the logic functions. When I was doing data analysis, I could imagine one molecule interacted with other molecules.  I was completely attracted by DNA circuit. ---- March 2013 (Junior year, undergrad).

﻿But at that time, I still had no idea about what this field is doing until -- I was wandering online and found some research perspectives from Erik and Lulu's websites. (Again I need to mention Erik and Lulu. I like them a lot!)  That was the first time I could look into the field from the "big picture".   When I was reading the sentences from their websites line by line, I got more and more excited about the amazing world they showed me.  [I was in China at that time and did not have a chance to meet Erik and Lulu in person (until Caltech's interview), but they had a huge (indirect) impact on me.  And I love the way how they present their research -- it is not only SCIENCE, but also ART.]  In addition, I would also thank those online talks and plenty of other online materials that led me to this field.  Then I started to prepare for graduate school application and decided to only apply for those groups doing dynamic DNA nanotechnology because I did not believe I would be more interested in other fields.     ---- July 2013 (Summer before Senior year, undergrad). 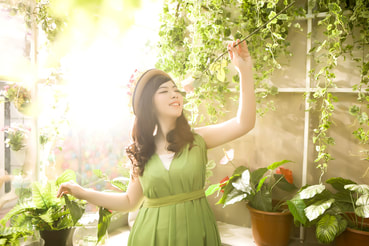 ​Life is full of surprises.
With both happiness and sadness, I joined UT as a lost PhD student.  David's coming made my graduate school life totally different.  You wouldn't imagine how surprised and happy I was when I just got to UT and found David would be here one year later.  You wouldn't imagine then how worried I was because I had no idea how it would work, considering about program issue, department issue, advising issue, advisor issue and many many many issues...  You wouldn't imagine how excited I was when my third rotation working with David (he was even not here at that time) got officially approved!  You also wouldn't imagine how brighter my life became after I was back working with DNA!  When everything worked out, I finally found where I belong -- I belong to my research, belong to this field.  And that's why I flew over half of the earth and got to the US.

​​
​A quote from Dave Zhang's website and from Chief Justice John Roberts:
"From time to time in the years to come, I hope you will be treated unfairly, so that you will come to know the value of justice. I hope that you will suffer betrayal because that will teach you the importance of loyalty. Sorry to say, but I hope you will be lonely from time to time so that you don’t take friends for granted. I wish you bad luck, again, from time to time so that you will be conscious of the role of chance in life and understand that your success is not completely deserved and that the failure of others is not completely deserved either. And when you lose, as you will from time to time, I hope every now and then, your opponent will gloat over your failure. It is a way for you to understand the importance of sportsmanship. I hope you’ll be ignored so you know the importance of listening to others, and I hope you will have just enough pain to learn compassion. Whether I wish these things or not, they’re going to happen. And whether you benefit from them or not will depend upon your ability to see the message in your misfortunes."
Powered by